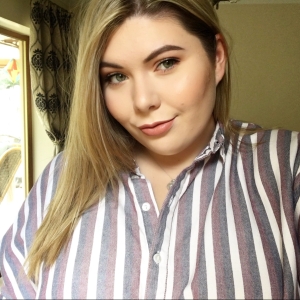 Hi, my name is Lauren, Lol for short. Writing is something that I have always loved to do, so I’ve created my own little space on the Internet where I can share my thoughts, feelings and ideas. I hope you enjoy!

Well hello guys, it has been an awfully long time since I have shared anything with you. So just a little explanation for my absence; towards the last half of the year I was in quite a dark place and I am finally starting to feel a bit more human now, it has been a long process, but I can see the light at the end of the tunnel now.

Anyway, today I wanted to share with you what books I am planning on reading throughout April. Reading is something that has been a huge help to me because it has given me an opportunity to escape my reality and go to another world whenever I wanted or needed to.

I think I have read nine books so far this year but I have set my 2019 reading challenge on Goodreads at 52 books this year, so I am a little behind but there’s no pressure – its all for fun.

A couple of days ago I picked out my TBR and I had a very strong feeling that it was going to change, and sure enough it did! So, here are the books I am aiming to read this month.

Legendary is the second book in the Caraval trilogy by Stephanie Garber. I read the first book in the trilogy, Caraval, last year and I fell in love with it. I love any book that is set in the circus or a fair; I think the setting is just so magical. The final book in the trilogy is released in May I believe, and is titled Finale, so I need to get cracking on Legendary in preparation for Finale. Legendary is told from another characters perspective so I am excited to see how that turns out.

At the beginning of March I set myself the challenge to read all seven of the Harry Potter books within the month of March, however I didn’t complete this challenge – I will do a more in depth post about my reading experience of Harry Potter so far later on this week. Going forward, I am going to complete the series by reading the final three book over April, May and June, one a month!

I have had A Darker Shade of Magic on my shelf for a while now and it is always one I want to pick up but I never do. This one is part of a fantasy series, I think there may be four altogether, and I have been hearing a lot about it recently, and the concept of the book really intrigues me so I am dying to see what the hype is about.

A Curse so Dark and Lonely is a book that has only recently came out I think because I have only just started hearing about it. I love the sound of this book because it is a Beauty and the Beast retelling and the main character has cerebral palsy, which I think is awesome to have that sort of representation as you don’t see a lot of disabilities represented in literature, at least I haven’t read much of it anyway. And the fact it is a Beauty and the Beast retelling makes it even better!

I put Strange the Dreamer on my TBR shelf on Goodreads back in July last year I think and I never really thought much of it, that wasn’t until I discovered a new Youtuber within the book community, Books with Chloe, and I watched her vlog where she read it for the first time and she absolutely loved it and it was actually her most favourite read in 2018. So after I watched her videos on it I started getting really excited about it, and the plot gives me vibes of the Disney film, Atlantis, and I love that film so I am now dying to read Strange the Dreamer.

So they are all the books I want to read in April, I think I am being a little ambitious with five books because I haven’t read five books in one month yet this year, but then again, now could be the time.

Let me know if you have read any of these books and what your thoughts are on them because I would love to know. If you like I could also at the end of the month do a wrap up post with a few of my thoughts on each of the books, let me know. 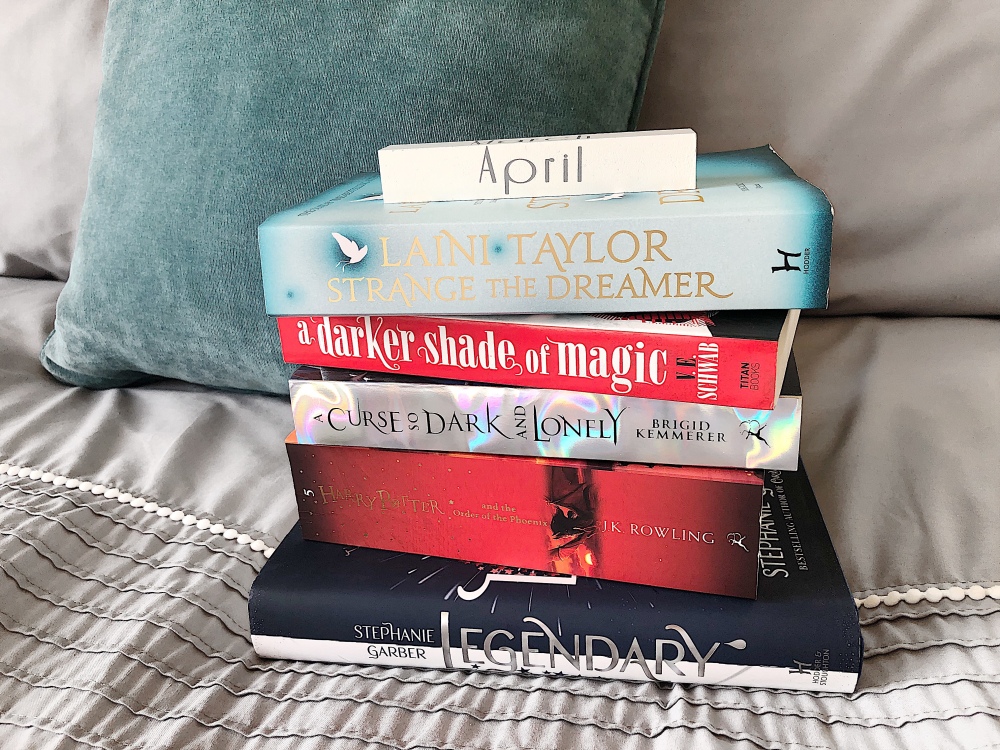 'Live Life with Lol' is my small space on the internet where I can talk about all the things I love in life such as travel, fashion, beauty, books and all your typical lifestyle topics. The name 'Lol' is a nickname I've had for a long as I can remember by family and friends. View all posts by lauren ashleigh